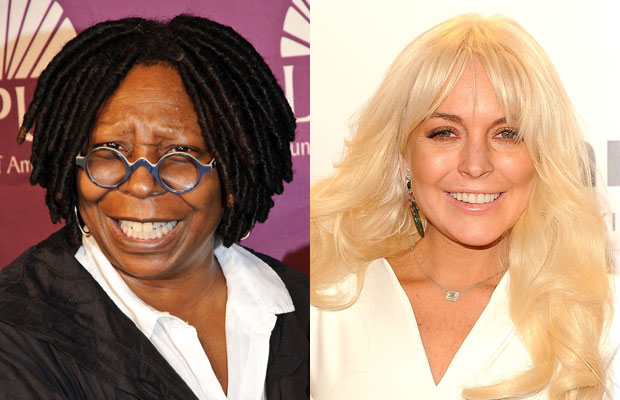 Goldberg will play a professor on a multi-episode arc, while LiLo will appear in one episode as herself.

As Glee heads towards the season finale in May, the producers of the Fox show have signed Whoopi Goldberg and Lindsay Lohan to make special guest appearances.

According to TVLine, Goldberg will play Carmen Tibideaux, a professor at New York Academy of the Dramatic Arts (NYADA) who does Kurt and Rachel’s auditions.

Meanwhile, Lohan will play herself, serving as a celebrity judge at Nationals.

What do you think of this news? Let us know your thoughts in the comment section below or share this story on your favourite social networking site…