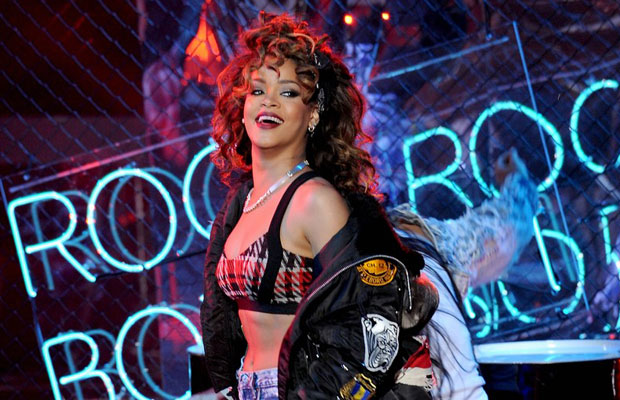 Rihanna has slammed a Dutch magazine after it referred to her as “the ultimate n**gabitch” in an article.

“I hope u can read english, because your magazine is a poor representation of the evolution of human rights!” she tweeted to editor Eva Hoeke, who has since resigned over the issue.

The Dutch fashion magazine Jackie has published an article in its most recent issue, that praises Rihanna’s style, calling her the “ultimate n—abitch.”

The article prompted a massive backlash from its readers and even Rihanna herself, who tweeted the magazines editor Eva Hoeke…

@evajackie I hope u can read english, because your magazine is a poor representation of the evolution of human … tmi.me/jxRpM 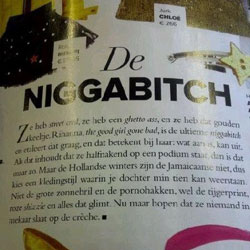 The article has been translated by Parlour magazine…

“She has street cred, she has a ghetto ass and she has a golden throat. Rihanna, the good girl gone bad, is the ultimate niggabitch and displays that gladly, and for her that means: what’s on can come off. If that means she’ll be on stage half naked, then so be it.

Following the negative reaction, Hoeke apologised for the slur on the magazine’s Facebook page saying…

“this should have never happened. Period. While the author meant no harm — the title of the article was intended as a joke — it was a bad joke, to say the least. And that slipped through my, the editor-in-chief’s, fingers. Stupid, painful and sucks for all concerned.”

This apology and subsequent controversial tweets only fueled the controversy and has resulted in Hoeke’s Resignation. In another update on their Facebook page, ‘Jackie’ says “In the interest of Jackie Magazine and all involved she will quit her job as editor-in-chief effective immediately.”


Click here to let us know if there’s a mistake or dead video link in this post!
Credits: Via The Hollywood Reporter