Rihanna Debuts ‘Where Have You Been’ Music Video 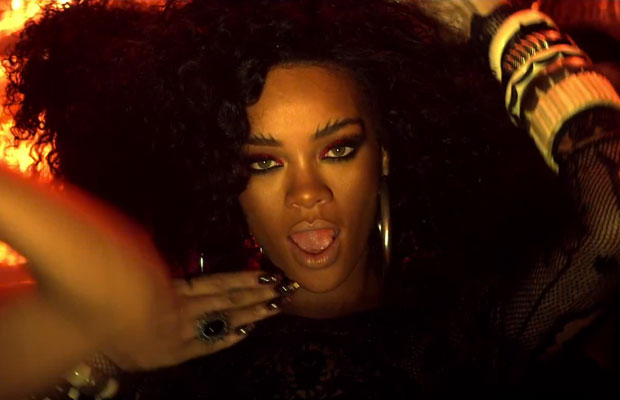 After lots of hype, Rihanna has released her latest music video.

The visuals for ‘Where Have You Been’ feature RiRi climbing out of water and writhing around for a few minutes.

Rihanna’s new music video (above) features choreography by Hi-Hat and was directed by David Meyers. The release of the visuals were announced by Rihanna on Facebook…

“Call out to ALL of the Rihanna Navy!!! “Where Have You Been” video world premiere is now live on VEVO…!! How many video views can we get in 24 hours? Watch and SHARE to show your Navy pride!!”

This latest single is taken from ‘Talk That Talk’, the album most known for ‘We Found Love’. Though the video for ‘Where Have You Been’ is not as intricate (or controversial) as the one for the lead single, Rihanna has generated a good deal of buzz prior to it’s premiere, including tweeting a topless photo of herself from the video shoot.

One Response to Rihanna Debuts ‘Where Have You Been’ Music Video