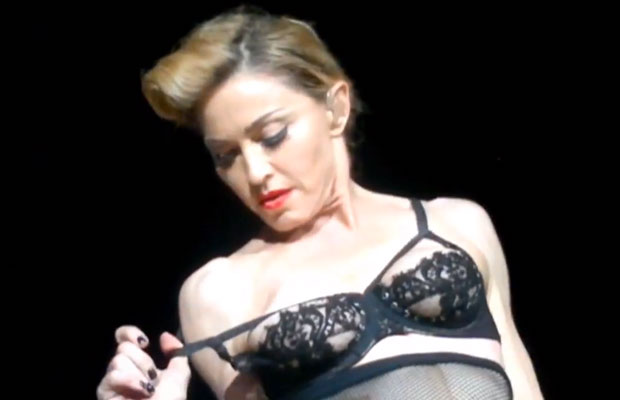 Madonna has been making more headlines on MDNA world tour.

The latest incident sees the queen of pop flash her right nipple to an audience in Istanbul last week.

During a performance of her 1995 hit, ‘Human Nature’ in Istanbul last week, Madonna turned her dance routine into a strip tease. Her fans cheered for her as she began taking off her shirt and undoing her bra. The routine culminated in Madge pulling down her bra to briefly expose her right breast.

This latest strip-tease stunt follows a Tel Aviv concert where she showed an image of a swastika on a picture of French National Front leader Marine Le Pen, after which Le Pen threatened legal action if Madonna projects a Swastika on her face again during her upcoming Paris concert.