Lady Gaga Fires Back At Madonna Over Mashup 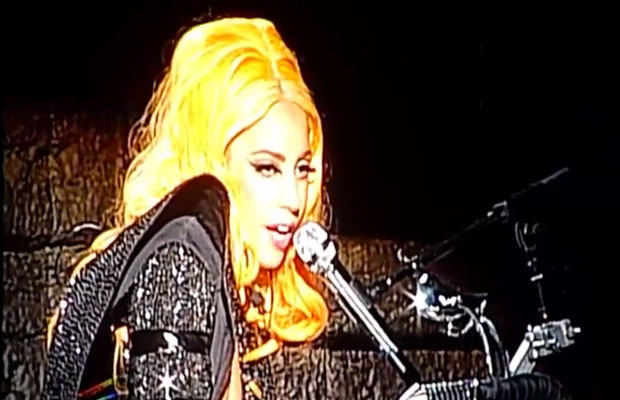 Without naming her, Gaga appears to have lashed out at Madonna in New Zealand.

During a performance of ‘Hair’, Gaga says “It sometimes makes people feel better about themselves to put other people down”

While kicking off her MDNA tour in Tel Aviv earlier this month, Madge made headlines for performing a mashup of Gaga’s ‘Born This Way’ and her 1989 hit ‘Express Yourself’. She bookended the performance by repeatedly chanting “She’s not me”.

Speaking to her fans during a live performance of ‘Hair’ in New Zealand, Gaga appears to have responded to the very public provocation, opting to take the higher ground, saying…

“I don’t even want to fight back because it’s more important to me to keep writing music. When I look into your eyes every night, I don’t see a fan base that wants me to fight or bite or be shady and cunty the way that we all used to be. It’s OK. It’s fun, right? But at the end of the day we’re in a new place in society now.”

Watch the rest of what Gaga has to say in the video above (starting from 2.25 in).