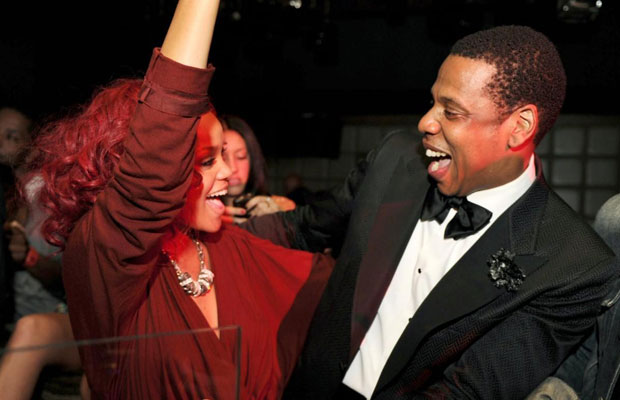 Rihanna has a sexy new set of wheels.

The singer has been given a $160,000 sports car from Jay-Z and his management label Roc Nation.

Rihanna was presented with a silver Porsche 911 Turbo S on Tuesday to mark the holiday season and congratulate her on another successful year in pop.

She posted a series of photos of her new ride on Twitter and Instagram this week, complete with a big black bow and a reference to Kanye West’s song Clique…

Ain’t nobody phuckin wit my clique!! Thank you to my Roc brothers! I love you guys, y’all are crazy for gett instagr.am/p/TaFcIXBM-D/

Turbo on dat a$$ instagr.am/p/TaFA5UBM9s/

The car will fit nicely into the garage at Rihanna’s new mansion in California which she recently purchased for $12 million. The new home boasts seven bedrooms, nine bathrooms, a swimming pool, a sun deck and an outdoor barbecue and bar area.