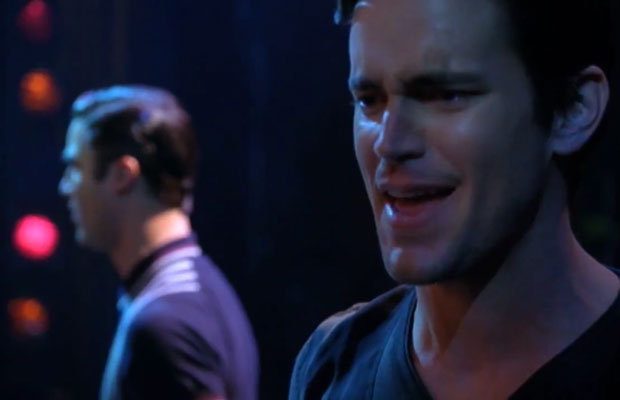 Gotye isn’t impressed with Glee’s version of his hit song.

The artist thinks the show’s version of ‘Somebody That I Used to Know’ was “ultra-dry, sounded pretty tuned”.

Speaking to the Sunday Mail backstage at L.A.’s Nokia Theatre over the weekend, the 31-year-old Australian artist, whose real name is Wally de Backer said…

“They did such a faithful arrangement of the instrumentals but the vocals were that pop Glee style, ultra-dry, sounded pretty tuned and the rock has no real sense, like it’s playing to you from a cardboard box.”

> Gotye Make Their US TV Debut

The Herald Sun also reports that the singer said “It made it sound dinky and wrong.”

‘Somebody That I Used to Know’ went to number one on the US Billboard chart after Glee aired their version of the song and following his appearance on Saturday Night Live on April 14th.

The music video has racked up over 175 million views on YouTube. Watch the Glee performance above and watch the original below and let us know what you think in the poll below.

At a private performance for Los Angeles radio station station 98.7 held at Hollywood’s Sayers Club on Monday afternoon, Gotye clarified his comments saying that “the nature of using reverb and space in a recording can change your perception of how a sound appeals to you.”

In regards to the Glee cover, he pointed out that he was referring to “this xylophone hook in my song, it’s kind of dinky not just in the cover version but the original song.” Somehow, he added mockingly, “that becomes the Glee cover I hated and Darren Criss is an asshole.”

In fact, hewent on to compliment the Fox show’s interpretation, telling the crowd, “I thought it was really clever to transpose the song to two guys … It was a great idea.”

What do you think of Gotye’s comments? Let us know your thoughts in the comment section below or share this story on your favourite social networking site…