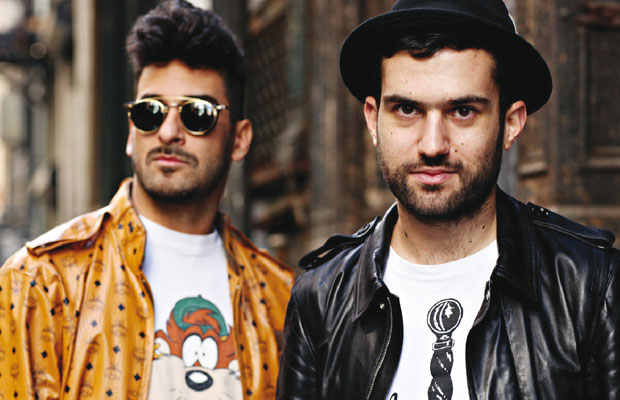 If you don’t want the video’s (NSFW) surprise ruined, skip past the text and watch it below.

The Armand Van Helden/A-Trak collaboration that brought us ‘Barbra Streisand’ have channelled ‘Aphex Twin’ and a 12-year-old’s sense of humor in the video for their new single ‘Big Bad Wolf’.

Speaking about the release of the music video, A-Trak says…

“Remember when dance music videos used to actually be creative? Like when you think back to Aphex Twin, Fatboy Slim and Daft Punk… I don’t know why the genre’s videos became so generic in recent years.

“When Keith [Schoffield] came up with this idea of ‘crotchfaces,’ we just thought it was hilarious… So we played the dickheads, essentially.”

Watch the (NOT SAFE FOR WORK!) video here…

Credits: Video/Picture- Rolling Stone/Duck Sauce
Click here to let us know if there’s a mistake or dead video link in this post!