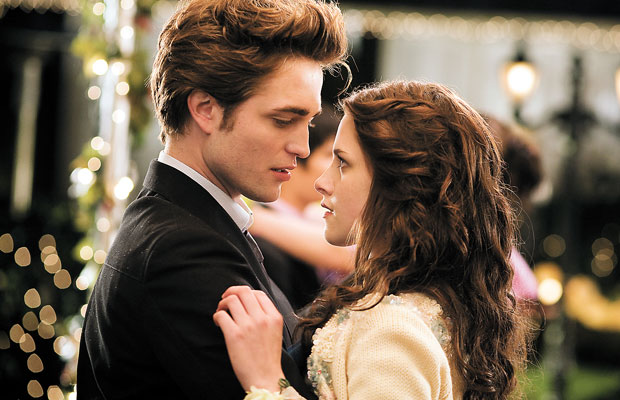 The Twilight Saga wraps up in November.

However, reports are suggesting the release of ‘Breaking Dawn Part 2′ may not be the last time you hear from Edward and Bella…

According to the website Bloody Disgusting, executives from Lionsgate and Summit (the studios behind ‘Twilight’) are privately chatting about revisiting the Twilight franchise and unless you can think of an alternative way to easily print billions of dollars, this probably isn’t an idea that’s not on the table.

The report does not source anyone and Lionsgate have told Deadline ”we are not remaking Twilight”, but added “we will happily support Stephanie Meyer if she decides to proceed in any way. But this will be the last one unless that should change”. Anyone else get the feeling Stephanie Meyer should get some strong locks for her door?

The Twilight Franchise was made for just under $400million and the films so far have made the studio over 2 BILLION dollars. To say that Lionsgate isn’t brainstorming ways to milk this cash cow in the years to come is like saying Robert Pattinson and Kristen Stewart are just good friends.

Lionsgate has previously been vocal about hopes to extend the series. Responding to a question about whether he plans to continue Twilight at Lionsgate, CEO Jon Feltheimer responded…

“It’s hard for me to imagine a movie that does $700 million-plus doesn’t have ongoing value, It’s an amazing franchise that they have done a great job of maintaining with absolutely no deterioration. So the simple answer is ‘Boy I hope so.’”