Geena Davis Wearing A League Of Their Own Uniform In 2014

It’s been over 20 years since its debut, but Geena Davis has been pictured wearing her ‘A League Of Their Own’ uniform from 1992.

Reportedly, she was wearing the iconic costume (pictured below) for a new commercial she’s starring in.

Do you remember 1992 when blockbuster stars Geena Davis and Tom Hanks teamed up with pop star Madonna and comedienne Rosie O’Donnell?

If you don’t, then rukkle suggests that you check out A League of Their Own. The film is about The All-American Girls’ Professional Baseball League that was founded in 1943, while most men were away fighting World War II.

The film is known for such quotable lines as,

“There’s no crying in baseball,” “Has anyone ever told you that you look like a penis with that little hat on,” and “Hey cowgirls, see the grass? Don’t eat it!”

Featured throughout the film were these female versions of a baseball uniform designed to attract the male audience.

Now at 57, Geena Davis, is back in the uniform. Reportedly, she’s shooting a commercial. 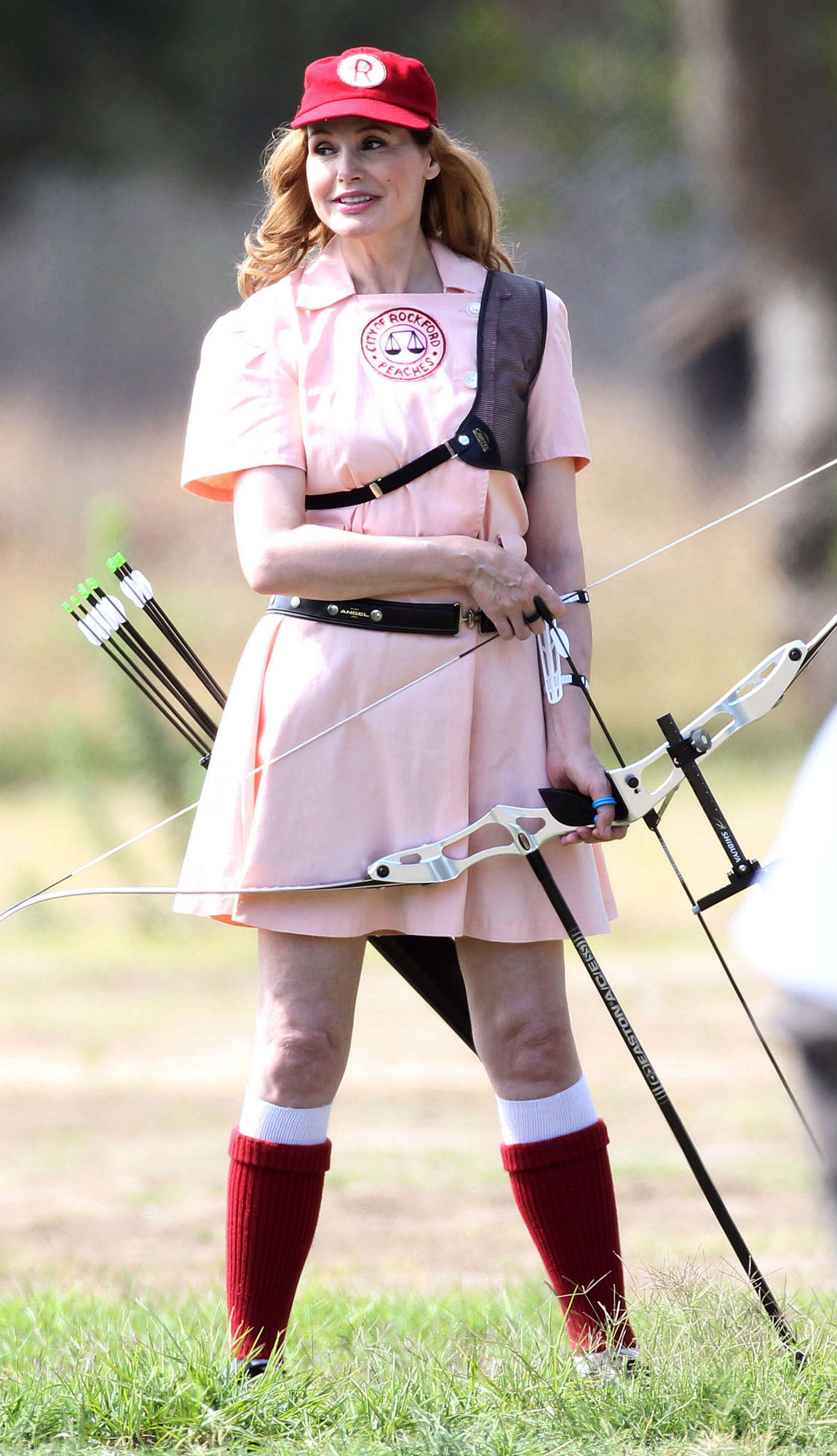 Watch the trailer for A League Of Their Own below.