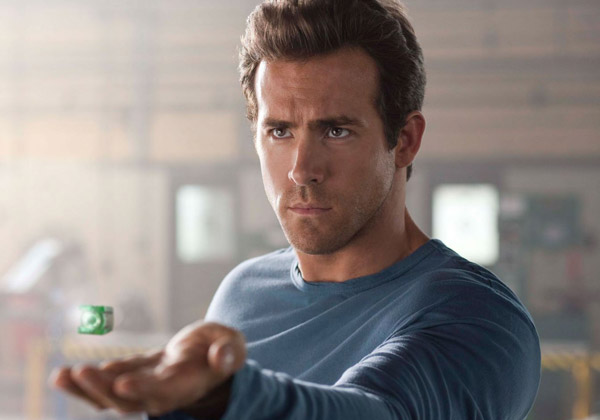 To prep for his movie ‘Green Lantern’, Ryan Reynolds worked out twice a day and ate… TWICE as much!

“That’s the thing about these movies, you eat twice as much as you normally would. It’s not less, it’s more, because naturally my body wants to look like Dick Van Dyke. So you’re pounding, you’re eating everything you can possibly eat. So much protein, it’s just awful, you finish the movie, you go home and shrink,” he said, adding with another straight face, “Don’t take that out of context. Please don’t.” Read more here 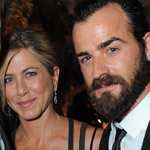 Jennifer Aniston and Justin Theroux (left) have gone public with their relationship! They made their public debut at an MTV Movie Awards afterparty at Soho House in West Hollywood last weekend.

The new couple enjoyed dinner for nearly three hours and while there was no hand holding or kissing, they reportedly looked “super cosy”.

How long will this one last? Take part in our online poll on the right!

The good people over at MTV have put together a behind the scenes list of ‘moments’ that weren’t caught on camera, including a Taylor Lautner and Kristen Stewart Chest-Bump! Read the full list here

Eminem Gives Lady Gaga A Mouthful… Or Not!

In a track that’s leaked off his forthcoming EP release ‘Hell: The Sequel’ which he recorded with fellow rapper Royce Da 5’9, Eminem has a go at lady Gaga, inferring, once again, she’s actually a hermaphrodite.

The song, which is called ‘A Kiss’ says…

“Tell Lady Gaga she can quit her job at the post office/ She’s still a male lady… Wouldn’t f*ck her with her d*ck/ You heard it/ The verdict’s in.”

The rapper also takes on Justin Bieber in the song, saying that “evil seeps through him” and Katy Perry. Read more here.

What do you think, has he gone too far ragging on our Gaga?

Kate Middleton’s Dress To Go On Display In London

There’s no doubt that the most buzzed-about dress of the decade is Duchess Catherine’s wedding gown, and now fans of the royal couple can see the historic garment with their very own eyes beginning July 23.

Her shoes, by Alexander McQueen, and her diamond earrings, by Robinson Pelham, will also be a part of the display. Joining the wedding ensemble will be the Duke and Duchess’s multi-tiered wedding cake, created by Fiona Cairns, a Leicestershire-based cake designer. The exhibit will be on display right through until October 3, 2011 at Buckingham Palace in London.

Read more at US here.

If You Missed It Earlier…

Reese Witherspoon has a go at whom we can only assume are the Kardashians At the MTV Movie awards. Bitch or Badass? Let us know @rukkle or in the comments below.

“I get it, girls, that it’s cool to be a bad girl But it is possible to make it in Hollywood without doing a reality show. When I came up in this business, if you made a sex tape, you were embarrassed and you hid it under your bed.”

One Response to rukkle’s Celebrity News In Two