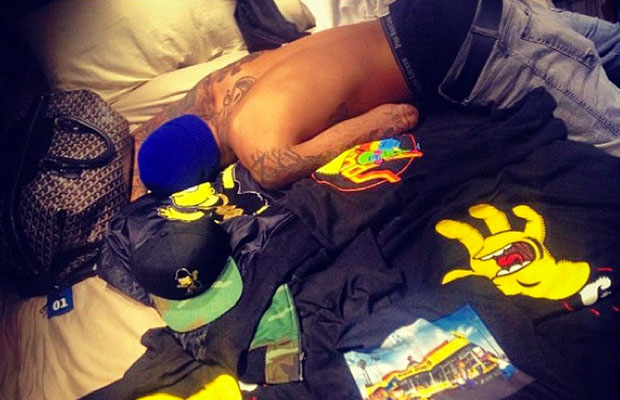 Rihanna and Chris Brown haven’t yet confirmed their relationship…

But RiRi might have given all her fans a hint after posting a picture of her former boyfriend on Twitter over the weekend.

After hopping on a plane to meet up with Chris Brown in Berlin Wednesday, Rihanna made no secret that they were still spending time together. “Dis n-gga……. #BartObsessed,” Rihanna tweeted on Saturday evening, along with a picture of what appears to be a shirtless Brown lying face down on a bed.

While RiRi never mentions her ex-boyfriend by name, the singer’s tattoos are visible, and he tweeted a photo of himself just hours before, in which he is wearing the Bart Simpson jacket that is on the bed.