Justin Bieber And Selena Gomez Back Together? 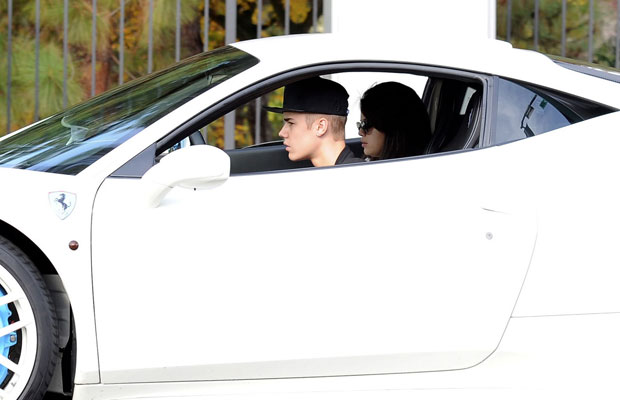 Bieber and Gomez may have reunited!

Justin Bieber and Selena Gomez have been photographed driving back to Bieber’s house in LA on Monday.

Taking Selena Gomez for a Ferrari ride has added fire to the circulating rumors that Justin Bieber has reconciled with Selena Gomez. On Monday, the Canadian pop superstar was photographed with Gomez driving around inside his ritzy white Ferrari 458 Italia.

The possibly reunited couple was also spotted emerging from a romantic dinner at Wolfgang’s Steakhouse in Beverly Hills on Sunday and on Monday night were spotted looking very friendly together backstage at the KIIS LA Jingle Ball concert.