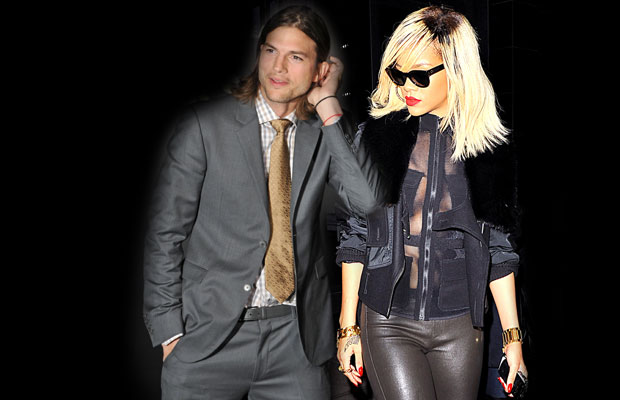 The singer was recently spotted leaving the actor’s house late at night and reportedly thinks he’s “funny and cute”.

After Rihanna was spotted arriving at Ashton Kutcher’s house at midnight and then leaving at 4am one night last week, reports are now emerging that the pair are secretly dating.

It’s now being claimed that the pair have actually been secretly seeing each other for over two months, after they exchanged numbers at a party last December.

The Sun UK, also claims that Rihanna is contemplating joining Kutcher’s Kaballah group while she works on her new album in Los Angeles. A source tells the paper…

“They are two single people having a fling, so thought it would be best to meet in secret. Rihanna has told friends he’s funny and cute. Both of them love a good time and think they’re too busy for anything serious just yet”

Do you think there is any truth to this story? Let us know your thoughts in the comment section below or share this story on your favourite social networking site…