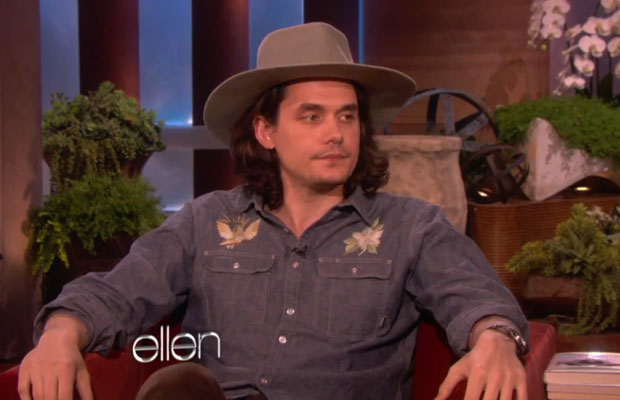 John Mayer has told Ellen how he ‘crashed’ into adulthood.

Famous for bedding Hollywood’s a-listers and then trashing them in the media, he says he has now shed his bad-boy skin in favour of adulthood.

In early 2010, John Mayer was never shy about sharing his thoughts on Jessica Simpson’s bedroom skills and confessing that he had never really gotten over Jennifer Aniston. After an obvious backlash, the singer-songwriter disappeared off the scene for two years. Explaining the period, Mayer told Ellen this week…

“I lost my head for a little while. I lost touch and I didn’t want to ask for directions, I did a couple really dumb interviews and it woke me up.”

Calling it “a very strange time,” a subdued Mayer says the conscious decision to step back for two years was the right choice, crediting it with “rocketing him into adulthood.”

The singer now spends his ‘adulthood’ living in Montana where he has been working on his new album ‘Born and Raised’ which is out on May 22nd. Watch highlights of the interview above and let us know your thoughts in the comment section below.