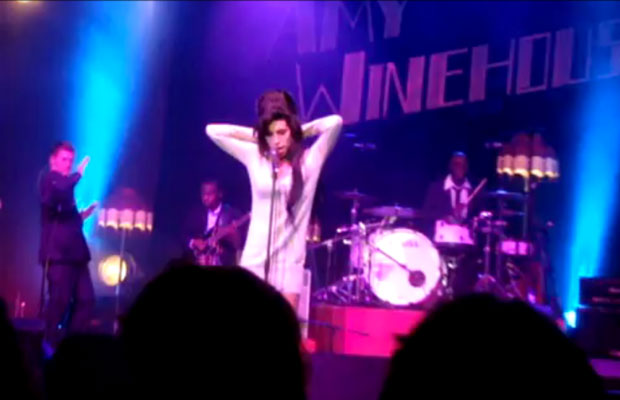 rukkle thought it might be time to have a look at music’s top ten shocking onstage moments!

No, there will be no Marilyn Manson or Alice Cooper, their antics of poor pet care are merely urban legends gone wild.

We’re going to stick to the ones that can be proven with the recorded footage of the digital age. Also we cut out all Axl Rose shenanigans, there’s too many of them, he’s constantly stopping shows to discipline some fan like a substitute teacher who’s trying to be cool but just can’t handle his class!

So with the ground rules in place, let’s begin!

1. Janet Jackson Rubs One Off!

While Neil Diamond had a make out session with a fan, Janet Jackson straight up molested a fan onstage in 2002! Selected from the crowd and restrained a young male fan had his crotch rubbed and was writhed on by Janet in a sexy shiny black costume. I don’t think he was complaining though.

‘Cubby’ is another one of those YouTube stars who shot themselves doing something stupid and got millions of hits. In his case he got into a tight black leotard and wiggled his belly to Beyonce’s ‘Single Ladies’. Here it is…

There are plenty more Cubby videos if you want to give your children nightmares, but obviously Beyonce finds the whole thing amusing, so amusing she got the guy onstage, leotard and all for a live performance of ‘Single Ladies’.

If that’s all it took to meet Beyonce the rukkle staff would have wiggled their chubby asses years ago!

During a concert in 2007 Akon stops to tell a story and someone in the crowd throws an object at his head. Well Akon ain’t standing for that, a suspect is fingered and the so called security help him towards the stage while Akon takes off his vest, when the kid is pulled up, Akon proceeds to lift the him up, spin him around and throw him into the crowd.

Justice Akon style. Throw the fan at other fans. Yes a girl was hurt.

Not the only time Akon has had a lapse in judgement onstage – he did this to a 15 year old girl.

Check out rukkle.fm… no shocking moments allowed… WE PROMISE!!

Kieth Richards famously doesn’t like any horseplay at Rolling Stones gigs, he’s been known to give the “I’m angry and disappointed” stare many a time. Way back in 1981 however he was a bit more hands on and when he saw a stage crasher running towards him, he smacks him with his guitar.

5. ‘Dillinger Escape Plan’ Pick A Fight With The Fans

Unless you’re a fan of more hardcore music you’ve probably never heard of ‘Dillinger Escape Plan’, but something nutty happens at all their shows, very little of this is documented because if you brought a camera someone would probably try to eat it.

So here’s some footage of a typically shocking DEP gig, starting off with lead singer Ben Weinman running on the crowd, not surfing, he RUNS onto peoples heads, they push him back but Ben carries on jumping at them picking out mini fights with random fans.

This really has to be seen to be believed…

Now we’re not saying that Amy Winehouse has some sort of stash of cocaine up her sleeve at this gig, but if she did, she probably would have snorted it 29 seconds into this video… not that she did.

However she isn’t much better when she hasn’t got something up her sleeve as seen in this more recent gig in Serbia… will someone please help her? Bring her to rehab… I don’t care what she says.

Be our friend… we’re REALLY nice!

Poor Noel, he’s the nicer of the Gallagher brothers, the one who says hello to fans and gives the odd interview. In Toronto in 2008, someone decided that they were going to run onstage and push Noel, injuring his ribs. Meanwhile surrounded by security Liam makes a lame attempt at punching the offender.

Another asshole stage attack, Slash got pushed but handles it well. After taking a slight stumble to the ground, his guitar gets most of the damage. Slash carries on through ‘Sweet Child O’ Mine’ till he has to hand over the obviously broken instrument to a roadie. He tried and trooped on. Well handled Slash, Axl would have refused to continue and sent a note home to everybody’s parents.

9. The Dixie Chicks Get Political

Here’s a spontaneous stage moment that nearly destroyed a band and spawned a documentary.

As George W. Bush commenced the US invasion of Iraq in 2003, the wholesome country music girl group from Texas were beginning their world tour in London. Lead singer Natalie Maines said:

“Just so you know, we’re on the good side with y’all. We do not want this war, this violence, and we’re ashamed that the President of the United States is from Texas.”

This may not seem like an outrageous thing to say, many rock bands have since planned their whole act around hating Mr. Bush. But for a country band from Texas in 2003 to make a comment like this, when US public opinion of Bush was still high, it kicked off death threats, hate mail and boycotting. The whole saga is featured in the excellent documentary ‘Shut Up and Sing’. The incident can be seen 18 seconds into this trailer…

Okay Lady GaGa is constantly falling on her ass. Look it up there are tons of videos on Youtube. In fact it would be surprising if she got through a gig gracefully. Saying that, I felt I had to include at least one, but some kind soul has made a compilation of some of her best falls, so here’s a few. But the award goes to the very first fall featured, off a piano, onto a stool, off that stool and onto the floor, legs in the air… very ladylike.

This post was produced for rukkle by Bren Murphy.