Miley Cyrus Kills It Down Under 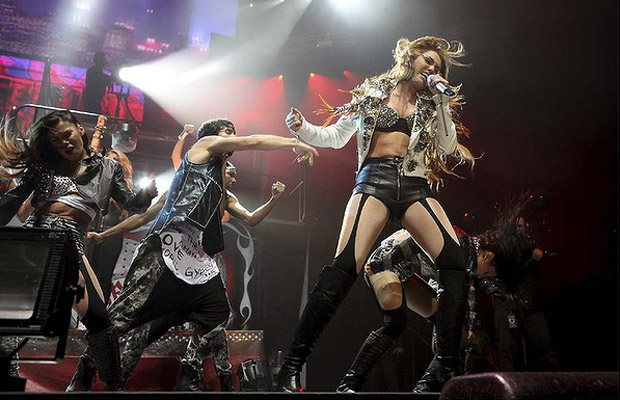 From relationship revelations to kick-ass concerts, Miley Cyrus has been killing it in Australia.

She was spotted kissing Liam Hemsworth during a shopping trip in Sydney this week and she has been charming the crowds during her ‘Gypsy Heart’ tour concerts.

As we pointed out in Celebrity News In Two earlier, Cyrus has confirmed on Sydney’s 2DayFM, what we’ve long suspected, that she and Liam Hemsworth have reunited!

Photographs of the couple kissing during a shopping trip in Sydney this week had already created a stir among fans of the singer who is in Australia on tour with her band.

The 18-year-old said she and Hemsworth were “still rockin”. Check out the casual reveal here… 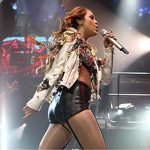 The pop star has been showing off a selection of extravagant costumes, and displaying an impressive set of abs! during her Australian concerts.

For a full slideshow of the singers concert fashion, check out The Brisbane Times.

As for her performances?… 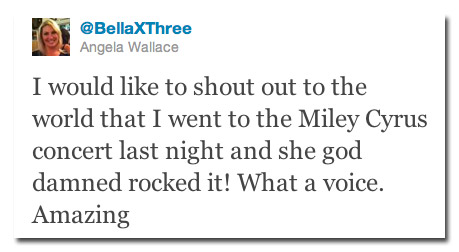 Miley Cyrus – Party In The USA (Live In Brisbane)

Have you seen Miley in Australia? Have you been to one of her concerts so far? Let us know in the comments below or tweet us @rukkle!