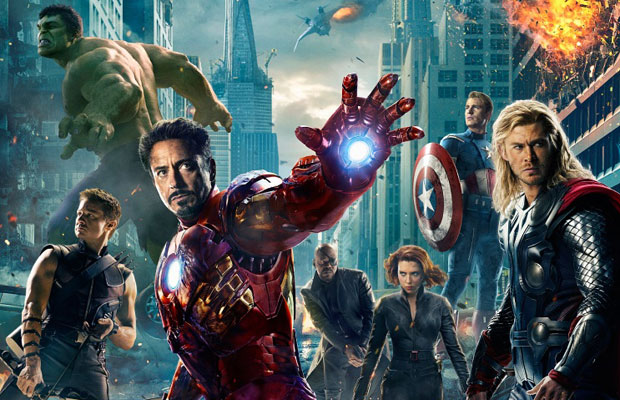 Summer is the season of the blockbuster in Hollywood. Here we take a look at the ten movies we’re most excited about!

Ever since 1975 when a certain film about a killer shark broke box office records all over the world, the summer has become the season of the blockbuster, a time when the studios unleash their biggest releases… and the summer of 2012 is no different!

As blockbuster season approaches, we thought this would be the perfect time to start getting excited. Here are the ten films rukkle is most excited about…

You’re probably sick of Avengers Assemble (title at time of writing) already considering the amount of coverage it’s received on the net. But we can’t help but be terribly excited by the concept of Iron Man, Hulk, Thor, Captain America, Black Widow, Hawkeye and Nick Fury altogether in one film.

It helps that the trailers are more entertaining than some of the films that have led up to it and that Joss Whedon is involved, and anyone who is familiar with his TV work knows, assembling big characters is his forte.

A sequel to what may possibly be the greatest comic book film ever made? We’re there!

Chris Nolan is not one to let his quality of work dip, with the previous Dark Knight film and Inception. Nolan may actually be considered the unlikely king of the summer blockbuster.

The trailer gives very little away but Anne Hathaway looks great as Catwoman. Also interesting is the inclusion of Bane (Tom Hardy), anyone familiar with the comic books knows that if you could ever say a villain defeated Batman, it’s Bane and this is the last of a trilogy, hmm…

As much as we’re fans of Sam Raimi and Tobey Maguire we can’t help but admit that this new interpretation of Spider-Man looks pretty cool, dark and slick.

The fourth and last in our list that’s based on a comic book, although in this case, MIB is much better known as a film franchise with a very messy part two!

The MIB concept has so many possibilities and judging by the trailer it looks like they may have learned from the mistakes of the last one. Also the casting of Josh Brolin as the younger version of Tommy Lee Jones’ K is genius.

With last year’s Cars 2 many people have said Pixar lost credibility with having a sequel to one of their biggest toy sellers and the fact that it was pretty mediocre didn’t help.

Will they regain their crown with a bit of Celtic mythology? It looks beautiful and if the script is right, we most likely have another instant Pixar classic.

Ridley Scott gets back to his roots and directs a film originally conceived as a prequel to Alien, yet after rewrites, this film has no real narrative link to Ripley and her Alien predicament.

In Prometheus, a spacecraft searches for the source of humankind on a distant planet and seems to find a bunch of horribleness.

If Ridley Scott returning to sci-fi wasn’t enough to get you excited, two kick-ass ladies in the image of Noomi Rapace and Charlize Theron star.

Fans of Ted Talks should check this particular talk out.

The trailer tells us that “There was never just one” a tagline that seems to be aimed squarely at people complaining about the lack of one Mr. Damon.

True Matt is hard to replace but something tells us they might be onto something with Jeremy Renner who is making his second appearance on this list (Hawkeye in Avengers Assemble).

The trailer rocks, mixing a bit of 70’s thriller aesthetics with some good ole Bourne ingenuity… a nail in a fire extinguisher!

Anyone up for some nostalgic, gothic, horror, comedy? Maybe you didn’t think you were till you saw the trailer for Dark Shadows.

Tim Burton and Johnny Depp are still in their 22-year-long honeymoon period and pairing up for the eighth time with Johnny playing a Victorian vampire who wakes up in 1970’s America.

An 80’s love story with a backdrop of the rock world, we know the soundtrack is going to be amazing but also check out the amazing cast, the obvious standout being a Mr. Cruise who really looks the part as Stacee Jaxx, lead singer of Arsenal.

If you thought the first Expendables film had an amazing ensemble cast how about adding Chuck Norris and Jean Claude Van Damme to the mix. Need I say more? Action fans can not wait for this!

Click here to let us know if there’s a mistake or dead video link in this post!
Credits: This post was produced for rukkle by Bren Murphy

What do you hink of our list? What movies are you looking forward to over the next few months? Let us know your thoughts in the comment section below or share this story on your favourite social networking site…

One Response to Summer 2012 In Hollywood, 10 Must See Movies