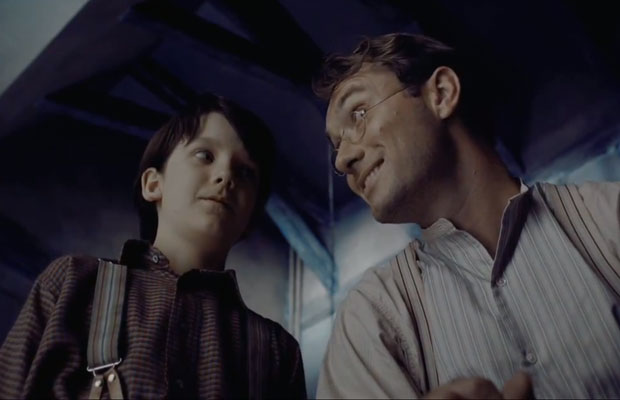 A teaser trailer for Martin Scorsese’s ‘Hugo’ has been released.

The preview shows a big departure for the director who is more used to working with adult material like Taxi Driver, Raging Bull and Goodfellas!

The film, based on Brian Selznick’s New York Times bestseller, ‘The Invention of Hugo Cabret’, tells the story of an orphan boy living a secret life in the walls of a Paris train station. With the help of an eccentric girl, he searches for the answer to a mystery linking the father he recently lost, the ill-tempered toy shop owner living below him and a heart shaped lock, seemingly without a key.

The movie features quite the cast with Jude Law, Sacha Baron Cohen and Ben Kingsley all having starring roles alongside the movies main character, Hugo, played by Asa Butterfield.

Credits: Pictures/Video- Paramount Pictures
Click here to let us know if there’s a mistake or dead video link in this post!