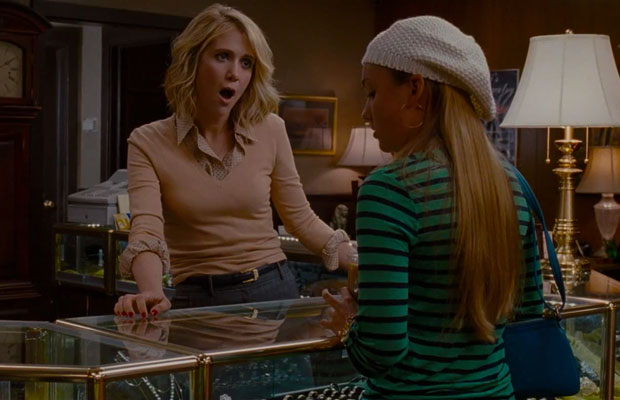 The Longest Argument… in the world… EVER!

A deleted scene from the hugely successful 2011 movie ‘Bridesmaids’ has made it online and it features quite the epic argument.

It appears that, what in the movie seemed like just a small plot point, originally had its own huge scene.

The previously unseen footage is centred around the scene where Kristen Wiig’s character Annie engages in an argument with a bitchy young customer at the jewelery store she works in.

During the ten minute long argument, we learn that farts aren’t edible, HPV is very common, Annie may have had gangbanger boyfriends and teenagers use hand symbols to signify slut!