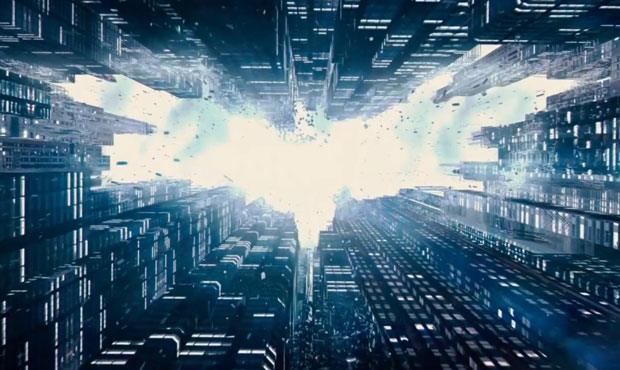 Leaked pictures and videos from the set of ‘The Dark Knight Rises’ have given fans their first glimpse of Tom Hardy as ‘Bane’.

The grainy pictures and shaky footage aren’t the best quality, and anyone who wants to see the movie cold should avoid the rest of this article! For those of you who can’t resist the temptation…

We start with the pictures. The shots come from Just Jared (via Slashfilm), and they feature Tom Hardy’s Bane standing atop a version of the Tumbler (AKA the Nolan-verse’s Batmobile) with its original camouflage bodywork. 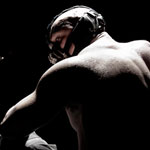 As well as the pictures above, Leaked video footage from the set of the movie has given fans a behind the scenes look at Hardy’s Bane.

In the first video, Hardy can be seen wearing a military-style jacket and cargo pants as well as the headgear glimpsed in his first official picture back in May (LEFT).

The second video shows filming for a scene in which Bane stands on top of a camouflaged version of Batman’s tumbler and rips up and discards a photo of Harvey Dent (Aaron Eckhart), whose villainous alter-ego ‘Two Face’ died at the end of ‘The Dark Knight’.

Batman and Bane on Set

Check out the official teaser trailer for the movie, below and read more on it at rukkle here.