Tom Daley reveals in a YouTube video that he is in a relationship with a man.

Daley said, “I met someone. They make me feel safe. That someone is a guy.” 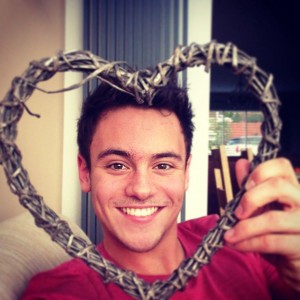 Olympic Diver Tom Daley has revealed in a YouTube video released today that he is in a relationship with another man.

Daley states that he was motivated to make this video as, “Recently, I was misquoted in an interview. It made me feel angry.”

He said that he wanted his fans to hear from him first and that, “I’ve always been honest.”

Daley admits that he always dodged answering relationship questions in the past. He said, “Something I’ve never felt comfortable talking about is my relationships.”

However, this past Spring, everything changed for him. He shared, “My life changed massively…” “I met someone. They make me feel safe. That someone is a guy.”

Support is already pouring in for Daley with many tweets thanking him for his courage. Edward Lord, chairman of the Amateur Swimming Association shared

We must support @TomDaley1994 in his decision to come out. He is very brave and as ASA Chairman I am proud of him. http://t.co/cbF8CqaMtN

Girls, you still do have a chance with Daley. He admits though that he hasn’t given up on dating girls in the future. He said, “Of course, I still fancy girls. Right now, I’m dating a guy. It feels right.”

For now, Daley says that he’s committed to winning gold in Rio in 2016. Something tells us that he’ll have even more fans now with his recent revelation.