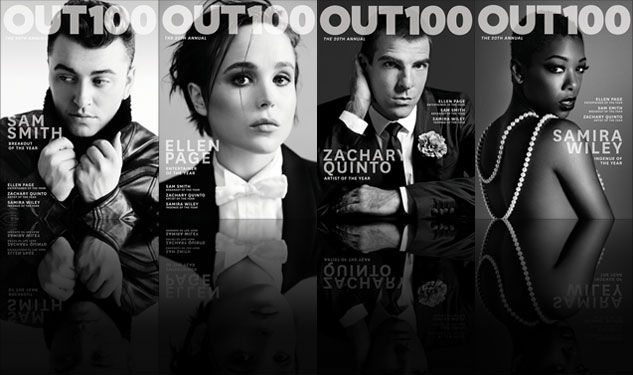 Singer Sam Smith and actors Ellen Page, Zachary Quinto and Samira Wiley have taken top honours in the OUT 100 2014.

Each year Out magazine chooses 100 of the most compelling lesbian, gay, bisexual and transgender people in the world to create its Out 100 list.

Honorees are chosen from celebrities, writers, politicians, activists, sports figures and artists, among others. This years highlights include…

Check out the full list of OUT 100 honorees here.