Mark Schultz – whose life story has been dramatised in Foxcatcher – has condemned the film.

Schultz, a retired wrestler and 1984 Olympic gold medalist, takes issue with the film suggesting he might have had a sexual relationship with benefactor John du Pont.

Mark initially supported the critically-acclaimed Foxcatcher by retweeting positive reviews of the movie, but last week hit out at director Miller over alleged historical inaccuracies.

He has since deleted the tweets which included such comments as, “YOU CROSSED THE LINE MILLER. WE’RE DONE. YOU’RE CAREER IS OVER. YOU THINK I CAN’T DO IT. WATCH ME.” And: “I HATE BENNETT MILLER.” 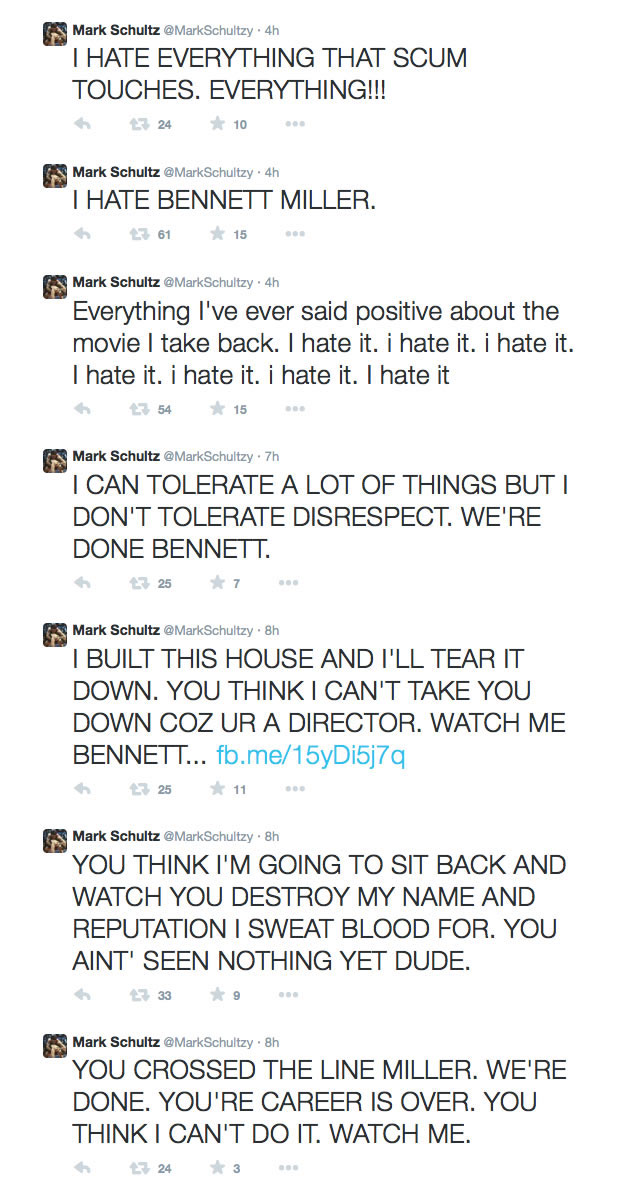 Schultz later took to Facebook to apologise for the harsh tone of the now-deleted Tweets, but not for his opinion…

“My reaction on social media was triggered, not by the movie, but by an interview I saw with Bennett Miller whereon a sexual relationship between myself and my Brother’s murderer was insinuated by a reporter and allowed to breathe.
I have no issue whatsoever with the choice of anyone’s sexual orientation. When it comes to my own, however, I will speak up as that is my personal life choice.”

My story and my life are real. I am a real human being. While I may have tweeted out of anger, I in no way regret… http://t.co/PAOv3T9xwz

Foxcatcher is in cinemas this month. Watch the official trailer below and let us know what you think of this story in the comments.