Just what are the best gay books to take away with you on your vacation this year?

If you’re looking for a roundup of the best gay books to take away with you on this years summer break, you’ve come to the right place!

Below you’ll find a list of five of 2013′s most talked about new gay themed fiction novels along with five new and old non-fiction recommendations.

If you plan on purchasing any of these books, you can help support rukkle (at no extra cost to your purchase) by using the amazon links below.

So lets begin! We’ll start with our best gay books recommendations, from the fiction shelf… 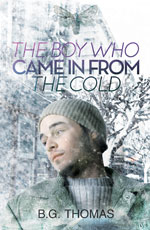 The Boy Who Came In From The Cold - B. G. Thomas

“Todd Burton has had enough of small-town Buckman. His abusive stepfather calls him a fag; his friend Austin makes him realize he may be gay, but Todd doesn’t want to admit his stepfather is right; and he dreams of being a chef.

Three good reasons to flee his hometown and pursue greener pastures. But when Todd reaches the big city, his luck runs dry.

Soon he can’t pay his rent and gets evicted. In the middle of a snowstorm.” 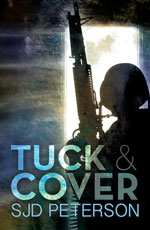 “At nineteen, Shane Tucker joins the army. Tucker is gay but not ready to be open about it, and Don’t Ask, Don’t Tell seems like a convenient way to avoid dealing with his sexuality.

The army suits Tucker; he does well from the beginning. Then, during boot camp, he’s assigned a “battle buddy,” Owen Bradford.

Owen is a walking, talking wet dream with no concept of personal space.

Tucker only survives the constant temptation by venting to his diary.” 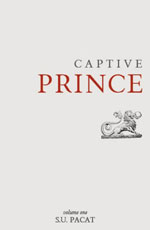 “Damen is a warrior hero to his people, and the rightful heir to the throne of Akielos, but when his half brother seizes power, Damen is captured, stripped of his identity, and sent to serve the prince of an enemy nation as a pleasure slave.

Beautiful, manipulative and deadly, his new master Prince Laurent epitomizes the worst of the court at Vere.

But in the lethal political web of the Veretian court, nothing is as it seems, and when Damen finds himself caught up in a play for the throne, he must work together with Laurent to survive and save his country.” 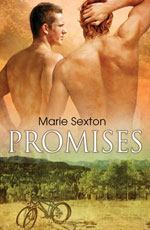 “Jared Thomas has lived his whole life in the small mountain town of Coda, Colorado. He can’t imagine living anywhere else.

Unfortunately, the only other gay man in town is twice his age and used to be his teacher, so Jared is resigned to spending his life alone.

Until Matt Richards walks into his life, that is.” 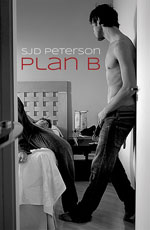 “Danny Marshal has always lived his life out loud, but his androgynous appearance is only a small part of who he is.

Danny is happy to be the subject of Lance’s first man-on-man experiment-until Lance begins to struggle with the fact that despite his appearance, Danny is indeed a man.”

Are you enjoying our list of recommendations of the best gay books for summer 2013? If you are, click the ‘send by e-mail’ link at the top to share it with a friend or post using the social network links at the end.

Now, lets move on to our recommendations from the non-fiction shelf… 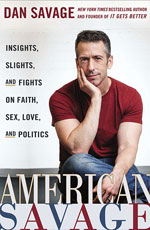 On the heels of his Emmy-winning It Gets Better campaign, columnist and provocateur Dan Savage weighs in on such diverse issues as US healthcare, gun control and marriage equality with his characteristic straight talk and humor.

In American Savage, he writes on topics ranging from marriage, parenting, and the gay agenda to the Catholic Church and sex education. 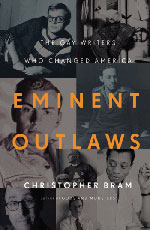 With authority and humor, Christopher Bram weaves the ambitions, affairs, feuds, loves, and appetites of the gay writers who established themselves as major cultural figures in American life following World War II, into a single sweeping narrative.

Chronicling over fifty years of momentous change-from civil rights to Stonewall to AIDS and beyond, Eminent Outlaws is an inspiring, illuminating tale: one that reveals how the lives of these men are crucial to understanding the social and cultural history of the American twentieth century. 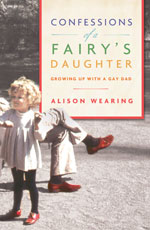 “Alison Wearing led a largely carefree childhood until she learned, at the age of 12, that her family was a little more complex than she had realized.

Sure her father had always been unusual compared to the other dads in the neighbourhood: he loved to bake croissants, wear silk pyjamas around the house, and skip down the street singing songs from Gilbert and Sullivan operettas.

But when he came out of the closet in the 1970s, when homosexuality was still a cardinal taboo, it was a shock to everyone in the quiet community of Peterborough, Ontario—especially to his wife and three children.” 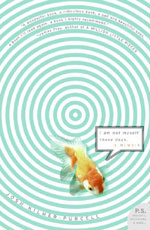 I Am Not Myself These Days – Josh Kilmer-Purcell

The book was a smash literary debut for Josh Kilmer-Purcell, now known for his popular Planet Green television series The Fabulous Beekman Boys.”

“Plenty of dishy anecdotes and moments of tragi-camp delight” – WashingtonPost 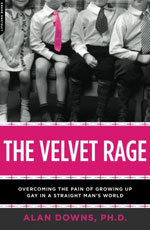 The Velvet Rage: Overcoming the Pain of Growing Up Gay in a Straight Man’s World – Alan Downs

“Today’s gay man enjoys unprecedented, hard-won social acceptance. Despite this victory, however, serious problems still exist. Substance abuse, depression, suicide, and sex addiction among gay men are at an all-time high, causing many to ask, “Are we really better off?”

Drawing on contemporary research, psychologist Alan Downs’s own struggle with shame and anger, and stories from his patients, The Velvet Rage passionately describes the stages of a gay man’s journey out of shame and offers practical and inspired strategies to stop the cycle of avoidance and self-defeating behaviour.”