Summer brings out the reader in all of us. rukkle has put together our best gay books for 2014.

We love to share our lists of best gay books. After the huge success of last year’s edition, we’re returning with our top 10 picks for 2014′s best summer reads. We’ve divided the list into 5 fiction and 5 non-fiction recent releases.

If you plan on purchasing any of these books, you can support rukkle (at no extra cost to you) by using the Amazon affiliate links below. 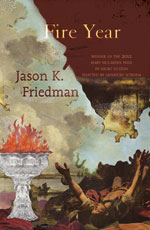 A gay man attends his high school reunion in Savannah, where he’s pursued by the now-married former football star. An awkward teenager grapples with notions of God and girls at his bar mitzvah. A curator’s assistant struggles to understand a five hundred-year-old Italian painter’s body of work, until his boyfriend (whom he’s previously written off as frivolous), makes an accidental discovery that challenges decades of art criticism.” 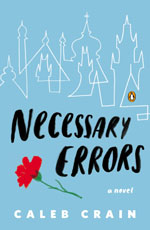 “It’s October 1990. Jacob Putnam is young and full of ideas. He’s arrived a year too late to witness Czechoslovakia’s revolution, but he still hopes to find its spirit, somehow.

He discovers a country at a crossroads between communism and capitalism, and a picturesque city overflowing with a vibrant, searching sense of possibility.

As the men and women Jacob meets begin to fall in love with one another, no one turns out to be quite the same as the idea Jacob has of them—including Jacob himself.”

Stranger On the Shore by Josh Lanyon 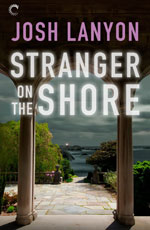 “Twenty years ago, little Brian Arlington was kidnapped from his family’s Long Island estate and was never seen again.

The trail went cold, but investigative journalist Griff Hadley has always thought there was more to the story — much more.

When the Arlingtons’ patriarch invites him to stay at their estate to research his true crime book, Griff can’t say no. It’s the story of a lifetime.”

Purchase Stranger On the Shore by Josh Lanyon on Amazon. 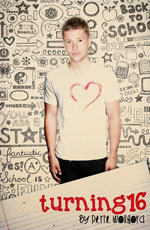 Now Sam is about to turn 16 and he is dreading the day. The only birthday wish he has is for Jake who is the Mr. Popular of Arcadia High to even acknowledge his existence, or better yet give him a happy-birthday kiss.”

Mommy Man: How I Went From Mild Mannered Geek to Gay SuperDad by Jerry Mahoney 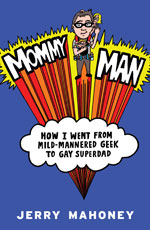 “As a teenager growing up in the 1980s, all Jerry Mahoney wanted was a nice, normal sham marriage: 2.5 kids and a frustrated, dissatisfied wife living in denial of her husband’s sexuality. Hey, why not?

It seemed much more attainable and fulfilling than the alternative—coming out of the closet and making peace with the fact that he’d never have a family at all.

Twenty years later, Jerry is living with his long-term boyfriend, Drew, and they’re ready to take the plunge into parenthood. But how? Adoption? Foster parenting? Kidnapping?”

Purchase Mommy Man: How I Went From Mild Mannered Geek to Gay SuperDad by Jerry Mahoney on Amazon.

Does Jesus Really Love Me: A Gay Christian’s Pilgrimage In Search of God In America by Jeff Chu 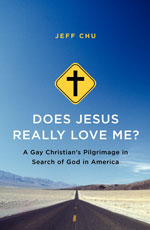 When Jeff Chu came out to his parents as a gay man, his devout Christian mother cried. And cried. Every time she looked at him. For months.

As a journalist and a believer, Chu knew that he had to get to the heart of a question that had been haunting him for years: Does Jesus really love me?”

Purchase Does Jesus Really Love Me: A Gay Christian’s Pilgrimage In Search of God In America by Jeff Chu on Amazon.

How To Be Gay by David M. Halperin 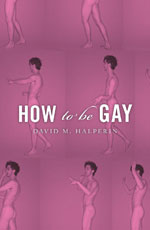 “David Halperin, a pioneer of LGBTQ studies, dares to suggest that gayness is a specific way of being that gay men must learn from one another in order to become who they are.

Inspired by the notorious undergraduate course of the same title that Halperin taught at the University of Michigan, provoking cries of outrage from both the right-wing media and the gay press, “How To Be Gay” traces gay men’s cultural difference to the social meaning of style”

Purchase How To Be Gay by David M. Halperin on Amazon.

Meet Grindr: How One Gay App Changed The Way We Connect by Jaime Woo 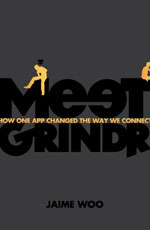 “Meet Grindr: How One Gay App Changed The Way We Connect is a fascinating peek inside the world of gay hookups.

Using mobile internet and GPS, men can find one another nearly anywhere, and many men are: Grindr, the most popular of hookup apps, has six million users and they spend over 90 minutes a day using the service.

The book is a must-read for anyone interested in how smartphones will change the way we connect and find relationships.”

Purchase Meet Grindr: How One Gay App Changed The Way We Connect by Jaime Woo on Amazon.

Plane Queer: Labor, Sexuality, and AIDS In The History Of Male Flight Attendants by Phil Tiemeyer 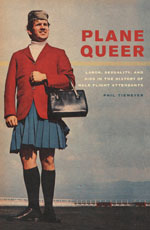 “In this vibrant new history, Phil Tiemeyer details the history of men working as flight attendants.

Beginning with the founding of the profession in the late 1920s and continuing into the post-September 11 era, Plane Queer examines the history of men who joined workplaces customarily identified as female-oriented.

It examines the various hardships these men faced at work, paying particular attention to the conflation of gender-based, sexuality-based, and AIDS-based discrimination.”

Purchase Plane Queer: Labor, Sexuality, and AIDS In The History Of Male Flight Attendants by Phil Tiemeyer on Amazon.

An Honest Ghost by Rick Whitaker 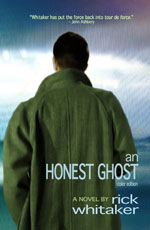 Inspired by the task of unpacking his library, the narrator returns to writing an autobiographical novel about the sudden appearance of his son, Joe, who at age nine shows up on the narrator’s doorstep for the first time.

The narrator, unnerved by the prospect of sharing his life with his extremely precocious child, is nonetheless moved by Joe’s arrival. He has to change his own life by accepting the responsibility of fatherhood, a role he shares slightly with his young English boyfriend, David.”

Purchase An Honest Ghost by Rick Whitaker on Amazon.

We hope that our top 10 summer reads for 2014 provides some of the best gay books for you to read this year. What are your suggestions for us?