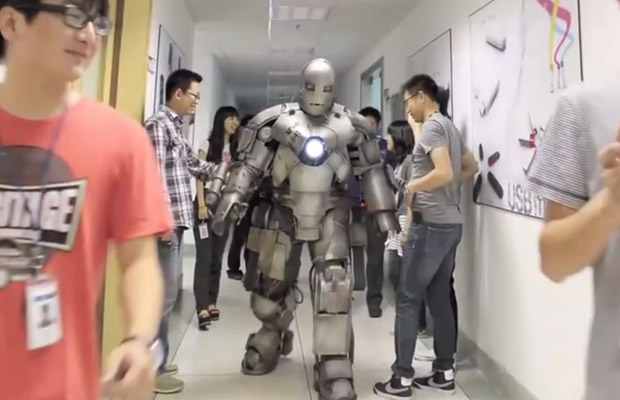 Wang stunned his office colleagues at ZTE in Shanghai when he turned up to work wearing the super cool armor.

Channel Sevens The Morning Show, in Australia showcased the event this week…

The 25-year-old creator, Wang XiaoKang, became a big fan of Iron Man since the release of Iron Man movie in 2008, and he was inspired to build the awesome gadgets — the Iron Man helmet, arc reactor and repulsor arm. He started from searching information from Google (not Baidu), and he found a forum which talks about props. Then, he went searching for behind-the-scenes of the Iron Man movie, and watched the Blu-ray version everyday. And finally, he came out with this.