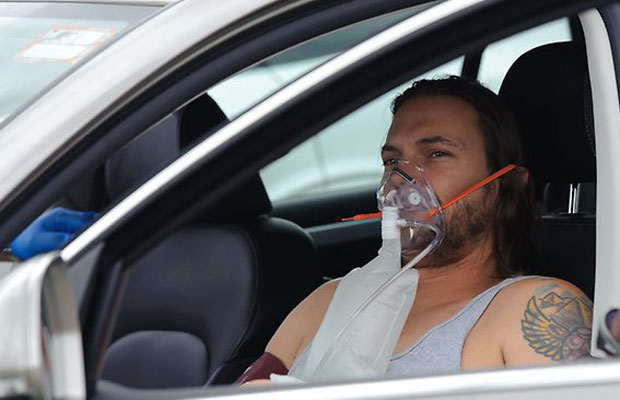 Britney Spears’ ex-husband Kevin Federline has been rushed to Hospital in Australia.

The former dancer was taken to Mt Druitt Hospital in Sydney after suffering chest pains and a “roaring pulse” during filming of TV weight loss series, ‘Excess Baggage’.

Kevin Federline has been rushed to hospital during the filming of TV weight loss series ‘Excess Baggage’ for channel nine in Australia.

The former dancer was first treated by Fremantle Media production company’s on-set paramedics after completing a challenge for the show.

The Paramedics at the scene reportedly suspect that Federline suffered a minor cardiac arrest. He was given oxygen and then transferred by ambulance to Mount Druitt Hospital where he is undergoing a series of blood tests.

It is thought he will be kept in hospital overnight for observation. A Channel Nine spokeswoman said the network hoped Federline would make a speedy recovery.

Federline has been filming the celebrity reality TV series ‘Excess Baggage’ for nine weeks, weighing in at 105.4 kilograms.

The 33-year-old said he decided to become a contestant on ‘Excess Baggage’ “to become fit, healthy and buff once more”.

It’s the second time he has been hospitalised during filming for the show, after previously being treated for heat stress while filming in the Kimberleys, Northern Territory.

It is not yet clear whether he will now be able to return to the Nine reality show.

Federline and Britney Spears were married for nearly three years from 2004 to 2007 and have two children together.