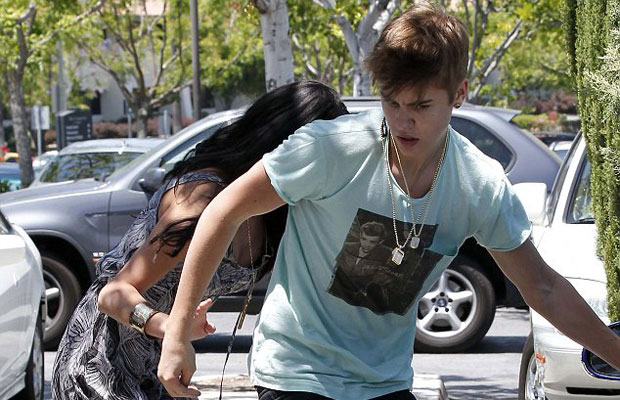 Justin Bieber is wanted for questioning after allegedly ‘roughing up’ a Paparazzo.

The singer was leaving a movie theatre after seeing a film with girlfriend Selena Gomez when the pair were swarmed by photographers.

Following a Memorial Day weekend movie date with his girlfriend Selena Gomez on Sunday, Justin Bieber allegedly became angered when a paparazzo got too close and lost his shoe and hat in the ensuing fight. A source at the scene has told GossipCenter…

“Los Angeles County paramedics arrived at the Calabasas Commons with the Fire Department and Police arriving moments later following Justin’s altercation with a paparazzo. Justin’s bodyguard [also] arrived while the photographer received medical attention for an apparent strike to the face.”

Following the alleged altercation, Gomez managed to calm Bieber down and they both left in a nearby waiting van. TMZ now claims that the paparazzo filed a police report, and alleges that according to law enforcement sources the police are investigating the incident as misdemeanour criminal battery.

THANKS YOU SO MUCH to my fans for always protecting me and being there for me.I can’t thank you guys enough. I’m… fb.me/wsEwdw8q

gonna focus on the important stuff. the music. #DieInYourArms hits ITUNES in less than #24HOURS – #BELIEVE 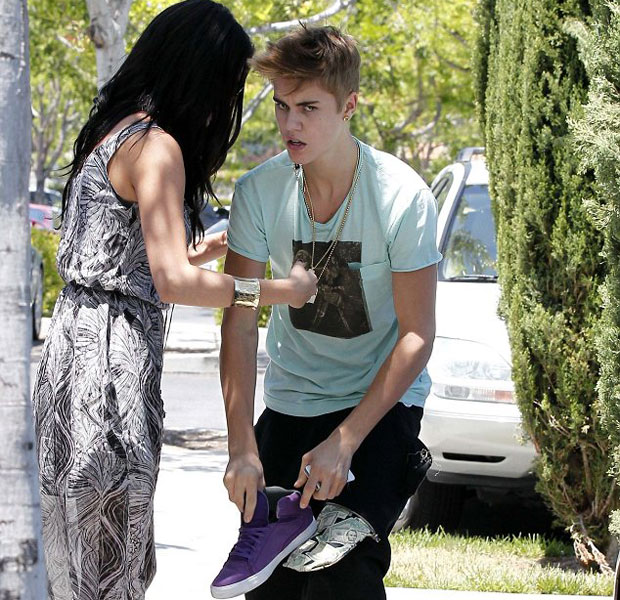 See a full set of pictures of the incident on Gossip Centre here.