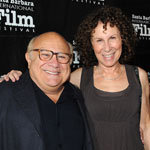 Danny DeVito and Rhea Perlman have decided to separate. The couple have chosen to end their marriage after being married for more than 30 years. The news was confirmed by the couple’s spokesperson Stan Rosenfield.

Danny and Rhea met when she went to see off-Broadway play, ‘The Shrinking Bride’, which he was appearing in. The couple married in January 1982 and they have three children – Lucy, Grace and Jacob. 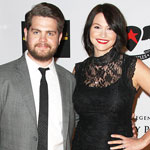 Jack Osbourne and Lisa Stelly have reportedly married in Hawaii. The couple, who welcomed their daughter Pearl in April, confirmed their engagement just over a year ago.

They tied the knot in a small ceremony in Hawaii on Sunday, according to Us Weekly.

Reports last week had suggested that the duo would wed over the weekend, with an insider claiming that guests had been asked to sign non-disclosure agreements.

3. Jay-Z Took A Ride On The Subway 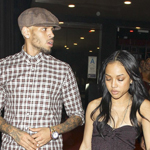 Chris Brown reportedly wants to get back with his ex-girlfriend Karrueche Tran. The singer, who confirmed last week that he had split from Tran because of his friendship with Rihanna, is said to be constantly texting and calling her.

“Chris has been in constant communication with Karrueche ever since she dumped him. She ended it with Chris because he was just blatantly flaunting his dalliances with Rihanna, but now he’s telling her how sorry he is and how much he loves her,” a source told Radar Online.