please pray for my baby girl Lila… She is in the hospital. I am so heart broken. Please send out vibes for her to not be afraid & to heal.

2. Kristen Stewart And R Patz Have Shared A Dinner Table 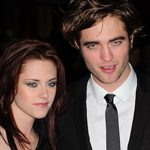 Kristen Stewart and Robert Pattinson are reported to have been spotted having some food together.

The troubled Twilight couple were said to have been seen having dinner at West Hollywood’s trendy Soho House over the weekend.

An eyewitness is reported to have revealed the pair were holding hands and laughing as they dined with a group of friends.

3. Nicky Minaj Has Had Enough Of Mariah Carey’s Bullsh*t

4. Shakira Is Having A Boy 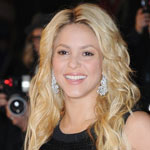 Shakira has revealed in a new video interview with Germany’s RTL that her first child with boyfriend Gerard Pique is going to be a boy.

The singer was admiring photos of her interviewer’s son and noted, “He’s going to be able to play with mine.” “Will it be a son?” the interviewer asked. “Yeah,” she said with a big smile on her face.

Shakira, revealed on her Facebook page on Sept. 19 that she and Pique, an FC Barcelona soccer star she’s been dating for over a year and a half, were expecting. 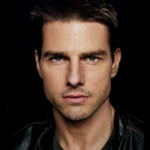 Tom Cruise has been checking into hotels using the alias Cage Hunt.

The actor is currently staying at the Grove Hotel in the UK while shooting his new film All You Need Is Kill, and according to a source in The Sun…