1. Lady GaGa Has Hit Back At Weight Gain Critics 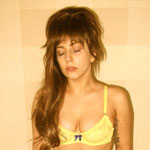 Last week a misleading and quite unflattering picture of Lady Gaga had critics calling her “meaty” and accusing her of “piling on the pounds.”

So Gaga responded today by launching a new section on her website, Body Revolution, where she posted images of herself in bra and underwear along with the words…

“Bulimia and anorexia since I was 15. But today I join the BODY REVOLUTION. To inspire Bravery and BREED some m$therf**king COMPASSION (sic).”

2. One Direction’s Liam Payne Has Split From Danielle Peazer 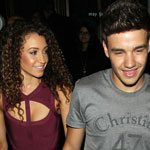 One Direction singer Liam Payne has split with his girlfriend of two years, it has been reported.

Danielle Peazer and the popstar met on the 2010 season of The X Factor, where Peazer was a backing dancer and he was a contestant. A friend of the 19-year-old musician told The Mirror…

“They have split in the last few days because it has been more and more difficult to keep the relationship going with Liam spending more and more time away.” 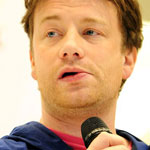 Brad Pitt and Angelina Jolie will be having a pukka Christmas dinner this year – thanks to Jamie Oliver.

The Hollywood couple have already planned their festive feast and have drafted the TV chef in for the basting duties. A source said…

“Jamie has been pals with Brad since he was married to Jennifer Aniston and Ange likes him too… Brad asked him to do it after he begged Jamie for cookery lessons last year. Jamie tried to teach him but he’s useless in the kitchen.”

5. Simon Cowell And Carmen Electra Might Be A Thing 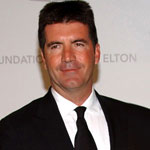 Simon Cowell is rumoured to be dating Carmen Electra.

The X Factor host and former Baywatch actress were apparently spotted “making out” on a dinner date in Los Angeles, sparking speculation that they are an item. A source said…

“They were getting very cosy. They were holding hands and staring into each other’s eyes – then they started making out.”